My first glimpse of Croatia was from the sky. Our flight from Bonn, over the Alps, descended over the coastal city of Split, our first stop in the Balkan country. And it was love at first sight.

The view was magnificent. Clear blue skies, gray and green mountains as a backdrop and the accompanying dark blue waters of the Adriatic Sea to complete the perfect holiday mood. “Aah” and “oohs” filled the air as passengers craned their necks for a glimpse of the exotic destination.

The half-hour drive to Split’s old town was royal – in a large car owned and driven by a Croatian lady. Cheaper taxis and comfortable public transport are available, but we didn’t mind paying a little extra for this comfortable ride along the well-maintained highway to Split City – then the small, winding, cobbled roads leading up to to the charming pedestrianized old town, right by the sea.

Day 1
Our new home was a lovely little cottage. After dropping off our bags we ran to the seaside as we wanted to catch the dying remains of the sun before sunset. As we hurtled down the hill to the sea, just a few hundred yards away, we couldn’t hold back our excitement.

It was there – the Riva promenade, the heart and soul of Split, facing the sparkling blue Adriatic, with its breathtaking harbor, flanked by yachts and ships. A cool breeze made the mood perfect and invigorating. We remained silent, looking out to sea, soaking up as much coolness as we could.

We were in People’s Square (Pjaca), right in the center of the sprawling promenade. To our right was the Place de la RÃ©publique, or Trg Republike, guarded on three sides by a neo-Renaissance palace. To our left was Diocletian’s Palace, a UNESCO World Heritage Site. The palace, which resembles a fort, occupies almost half of the old town. Records indicate that Roman Emperor Diocletian built it as a retirement home between AD 295 and 305, where he lived until his death.

It took us a while to overcome the pleasant shock of encountering such pulchritudinary terrain. Close by, bordering the sea, was a retaining wall, along which ran a parallel footbridge, where men, women and children wandered and chatted. Then, a green space dotted with benches, followed by kiosks selling snacks and souvenirs. And then the rows of dining joints with patio tables with umbrellas.

Next to the promenade is Varos, a suburb of the old town. It is a hilly neighborhood with small and large stone houses nestled along long, narrow, winding lanes with hotels and apartments, cafes, small shops, exchange counters, bakeries and gift shops. A local market selling sea fish, meat, and exotic fruits and vegetables made it even closer to a neighborhood.

Day 2
… started at dawn after a good night’s sleep. We had an omelet breakfast with fresh bread and cheese, coffee and milk. Energized, we decided to explore Split further. The first was a sea cruise to captivating caves and blue lagoons. A three-island tour took us to BiÅ¡evo (with its blue cave), where the sea kisses the sky, Vis (Stiniva bay and KomiÃ…Â¾a town are major attractions) and Ravnik Island (with its cave green).

We returned in the late afternoon, leaving plenty of time to explore Diocletian’s Palace and Peristyle Square, the 13th century Sveti Duje (St. Domnius Cathedral), the Temple of Jupiter, the Statue of Grgur Ninski, the Croatian National Theater, Cindro’s Palace, Vocni Trg (Fruit Square), among others. Dinner was a healthy affair: chicken steak with salad and potato wedges for my son, Pljeskavica, a Croatian grilled minced meat dish stuffed with cheese for my wife. Brudet, a local broth made from different types of fish, and risotto for me.

Day 3
Early on the third day, we left early before the onset of the harsh sun for our 178 meter ascent to nearby Marjan Hill, another must-see spot. One of the most prominent places along the climb was the Ivan Mestrovic Gallery where, a year after our visit, Salma Hayek and Owen Wilson-starrer happiness had to be filmed. Other places worth a visit include MeÅ¡trovic KaÅ¡telet, a summer house, the Museum of Croatian Archaeological Monuments, an old Jewish cemetery and churches. But, for me, the highlights were Telegrin Peak, the highest point, and the Marjan Hill viewpoint, from where you can get a bird’s eye view of the spectacular waterfront. The climb was arduous, but the scenic stops were worth it.

The last part of the day was well spent on the pristine beaches of Plaza Jezinac and Obojena. Fortunately for us, only a handful of tourists were present, whereas the beaches are usually crowded.

In this tranquil setting, we had lunch on a freshly made pizza with ham, chicken and a variety of toppings to choose from.

Day 4
On the fourth day we took a bus to another Croatian crown jewel, Dubrovnik. The comfortable Croatia Bus cruised past farmlands, villages and orange groves on the super-gentle highway – giving us a glimpse into the beauties of rural Croatia and the ethereal Dalmatian coast. 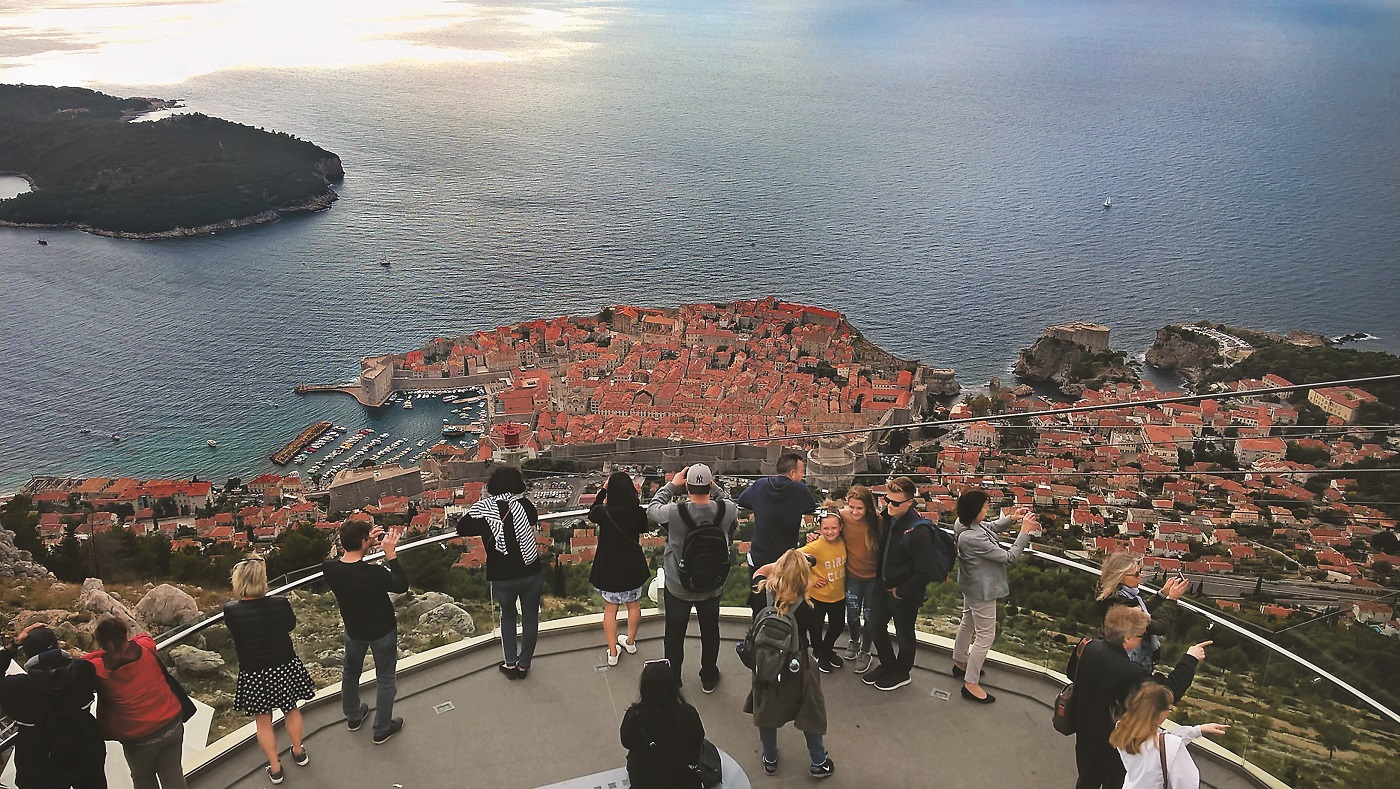 The four-and-a-half-hour journey takes you across a 20-kilometer stretch of the coast of Bosnia and Herzegovina, which separates northern and southern Croatia. This strange division occurred when Yugoslavia split in the 1990s to form Croatia, Bosnia and Herzegovina, Slovenia, Serbia, Macedonia and Montenegro. The bus made a short stop at the edge of Neum in Bosnia and Herzegovina – an alluring town of a few thousand people with steep hills and sandy beaches. After a 20 minute break, we left with regret that we couldn’t include Neum in our plans.

The imposing Franjo Tudman cable-stayed bridge near the port of Gruz greeted us on our arrival in Dubrovnik. The trip from the bus stop to our furnished apartment was short, by local taxi. After a quick snack, we headed to the nearby medieval Old Town of Dubrovnik by the sea.

The imposing old town is home to monuments such as the limestone-paved Stradun, the Pile gate (a 15th century entrance to the old town), the ramparts, the Franciscan church and monastery, the Cathedral of the Assumption of the Virgin Mary, Rector’s Palace – all familiar landmarks for Game of Thrones fans.

You can take an explanatory tour for a fee or just choose to walk around on your own. As you move around, you might feel like you’ve been transported to medieval times, where many battles took place when the fort was attacked by marauding enemies. The town is also home to souvenir shops, BnBs, cafes and restaurants offering Croatian, Italian and Mediterranean cuisine. But the sea-facing Buza Bar, perched on a rocky ledge under the city walls, won the crown.
As night fell we had a steak and pasta and retired for the night.

Day 5
Our second day in Dubrovnik started with a ride on the Zicara, a cable car that takes you to the top of Srd, a hill that offers panoramic views of the Old Town, the Adriatic Sea and the Dinaric Alps. For hikers, this can be an adventurous climb. A visit to the nearby island of Lokrum, once an Emperor’s vacation home, is a must if you prefer some peace and quiet. The island is home to a monastery, an old fort, a botanical garden, a natural harbor, and a saltwater lake called the Dead Sea.

Back in Dubrovnik, I went for a walk on the ramparts nearly two kilometers from Dubrovnik, the guardian angel of the old town. Prime locations in and around the walls, which were built between the 12th and 17th centuries, are Minceta Tower, Fort Bokar, Fortress of St. John, Fortress Revelin, and Fortress of St. Lawrence in nearby or Fort Lovrijenac. The walk required a lot of endurance and good equipment, but it offered a breathtaking view of the sea, the mountains and the old town. Took a few hours to complete the hike, but it was worth it. 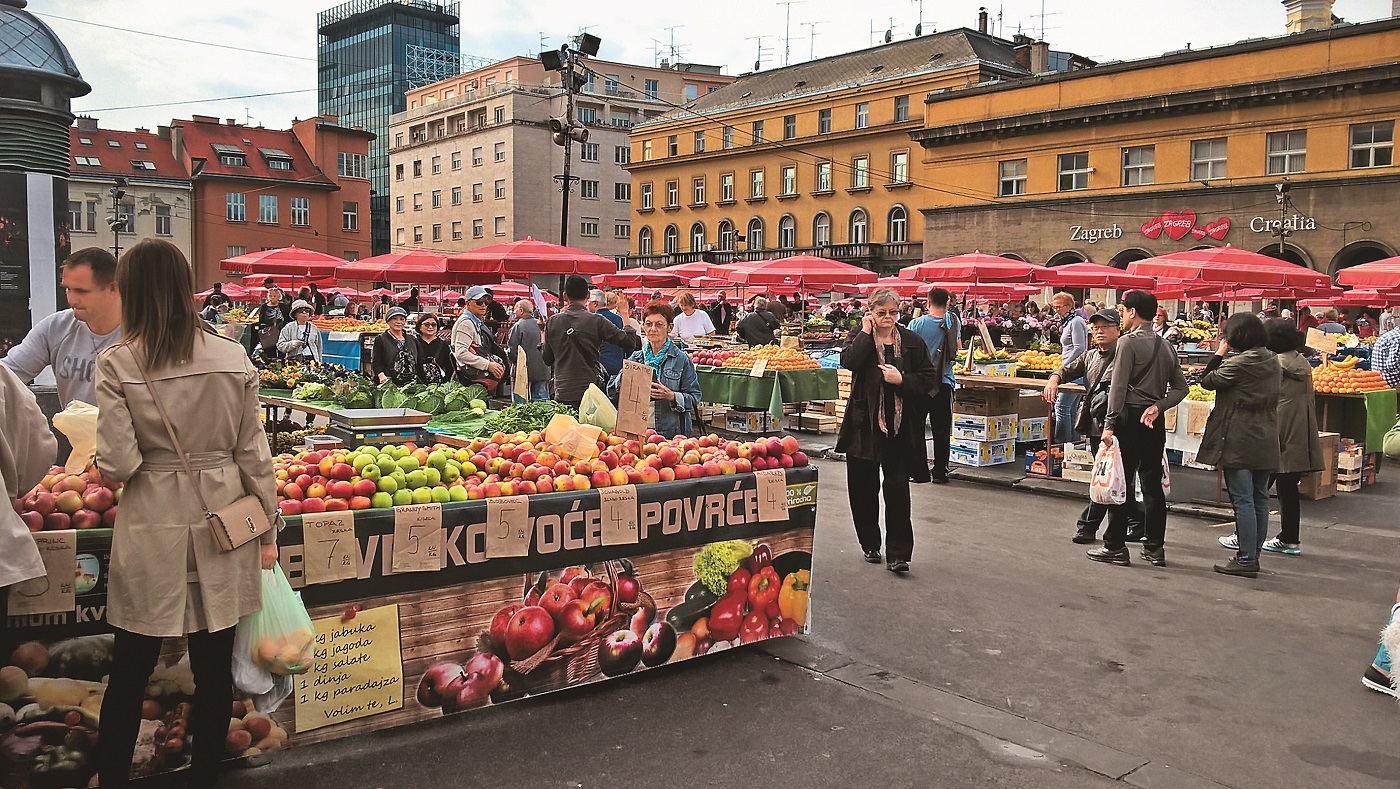 Our last stop in Croatia was its capital Zagreb. The main attractions of Zagreb upper town are Dolac Market, St. Mark’s Square, St. Mark’s Church, Museum of Broken Relationships, Kamenita Vrata (a stone gate), Kaptol, Ban Josip Jelacic Square , the old tram line and the blue funicular, a cable car in operation since 1890. The best part was the colorful Dolac market, where you will find almost everything: flowers, fish, souvenirs, fruit and vegetables – and most importantly, bakeries offering delicious flavors, which we couldn’t stop devouring.

Among the other must-see visits:
Plitvice Lakes National Park, known for its lakes and waterfalls
Rovinj, a fishing port with 14 islands
The island of Hvar, a postcard resort
Zadar, known for its Roman and Venetian ruins
Å ibenik and Trogir, old coastal towns
Mostar, a historic city in Bosnia and Herzegovina
Montenegro, famous for the beaches of Kotor and Budva