Russell Brackett stands outside the Lincoln Academy kitchen on December 20. Brackett, himself a Lincoln Academy graduate, is the school’s new chef. (photo by Bisi Cameron Yee)

Russell Brackett graduated from Lincoln Academy in 2008. In 2021, he became the school’s chef. Not bad for a kid from Jefferson who started his culinary career as a diver at Schooner Landing.

Even though it wasn’t the most glamorous job, Brackett enjoyed working at it. Summers were busy and he thrived in the high intensity atmosphere.

He also loved food. One day when he was hungry, he fried a piece of haddock for lunch. He had seen the cooks do it time and time again. “You take it off when it looks good,” he said. When the fried cook called, Brackett was drafted. And he hasn’t stopped since.

His next job was at Reunion station. He soon realized that the best restaurants were better paid and to enter these restaurants he would need some experience, an internship. Reunion Station owner Dale Feltis wrote him a recommendation and he enrolled in a six-month course at the New England Culinary Institute in Vermont.

With education came the internship he needed. He started at The Inn at Ocean’s Edge in Lincolnville, driving over an hour each way. Shifts started at 9 a.m. and ended around midnight. It’s been a long day, but he was determined to cook at a higher level.

Brackett didn’t just gain skills and experience at The Inn at Ocean’s Edge. There, he met his wife Jillian, a fellow intern, there too.

His culinary education continued with a move to Morse sauerkraut. There he learned charcuterie and worked with Andrew Flamm, who co-founded Maine Street Meats, an international and local food store in Rockport.

Cooks typically don’t stay in a restaurant for more than three years, according to Brackett. By then, they’ve learned all that the restaurant has to offer and it’s time to move on to the next place.

Brackett was faithful to this model. He moved to Cincinnati for a few years, cooking in restaurants of increasing quality and complexity. But he didn’t like the humid Cincinnati summers. He missed the familiar rhythm of the seasons in Maine.

Luckily, Jillian Brackett landed a cheese making internship at Appleton Creamery. “She wanted to learn how to make cheese and I was going where she was going,” he said.

While Jillian Brackett was learning to milk goats, Flamm invited Russell Brackett to work with him at Maine Street Meats. Soon he learned to bake bread, still one of his favorite hobbies. 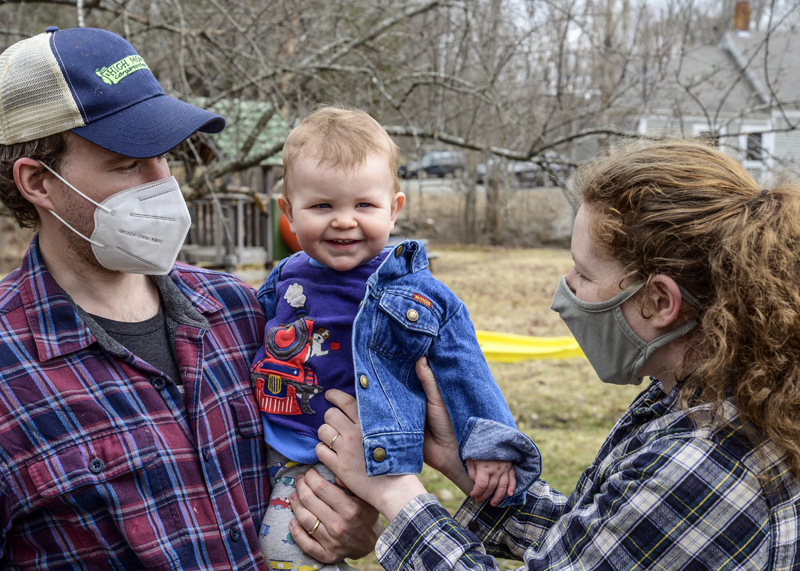 Fletcher Brackett, 1 is the center of attention for parents Russell and Jillian. (Photo by Bisi Cameron Yee, LCN file)

The couple lived in a simple cabin on the farm, with no insulation or running water. Despite the difficulties, the experience caused a change in their state of mind. They are interested in agriculture and the local food circle. They bought a small farm in Cushing.

Between married life and the demands of the farm, Russell Brackett realized he didn’t want to continue the traditional line cook ‘tough path’ where you ‘start as a dishwasher, work your way up through the posts. as a line cook and eventually you are the sous chef somewhere and eventually you own your own place.

When Lincoln Academy restructured its catering service in 2016, it responded to an ad. All the apprenticeship he had done in restaurants, his knowledge of baking, butchering and gastronomy helped him land the position of sous-chef under Mikael Andersson. Five years later, he replaced Andersson, who is now the director of nutrition for Five Towns Consolidated School District in Camden and MSAD 28 in Rockport.

Russell Brackett and his small staff serve more than 600 meals five days a week – breakfast and lunch to regular students and dinner to residency students, many of whom come from overseas. They also serve residential diners on weekends.

“I can’t cook (your) grandmother’s gnocchi,” he told the large contingent of Italian students. But he can offer them chicken parmesan.

Being the head chef of Lincoln Academy is a new challenge for Russell Brackett. There is more paperwork, more decisions to be made. Consistency is key when cooking and reliability is key when hiring staff. 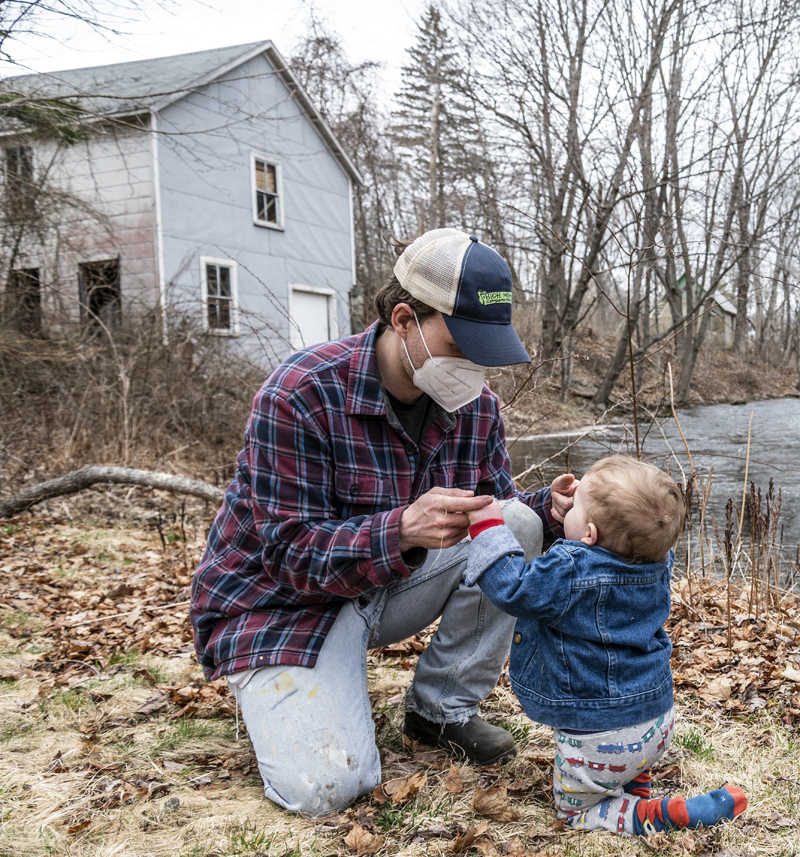 Russell Brackett plays with his son Fletcher on the banks of the River Penobscot behind their home in Bristol. (Photo by Bisi Cameron Yee, LCN file)

Menu planning is more complicated – state nutritional requirements must be met, and making a delicious cookie from 51% whole wheat is not easy.

“You can’t just give kids kale and quinoa all day. It has to taste good and look good, ”said Russell Brackett. “If it doesn’t look good you can’t put it in its mouth and if it doesn’t taste good it won’t stay there.” (Students) don’t eat something they throw away.

Jillian Brackett also works in the kitchen at Lincoln Academy. She often cooks the dinner service where the nutritional mandates are a bit more relaxed.

According to Russell Brackett, “The common joke here is that you can cook steak all day long, with nice rib eye. And the minute Jillian arrives and bakes chocolate chip cookies, it doesn’t matter what you’ve done. They are still children at the end of the day.

From time to time he has the opportunity to exercise his gastronomic muscles. As part of his job, he organizes school banquets and fundraisers. And from time to time “dressed dinners” with tablecloths, oyster bar, chicken stuffed with bacon and mushrooms, plaice with American sauce.

But in his family life, he likes simpler food. The Home Kitchen Café in Rockland is a favorite restaurant.

Along with the house, they won her great-grandmother’s recipe box, a treasure trove of comfort food. “There are a lot of recipes in there,” he said. “You can tell which ones are the right ones because they have all the oil and marmalade stains on them.”

Perhaps Lincoln County students will have a chance to taste Dorothy Cameron’s Mac and Cheese recipe.

“I was working in some pretty cool places in terms of dinner to the plate,” said Russell Brackett. But he’s gone from $ 50 plates to meatloaf, mashed potatoes and broccoli.

“I get more satisfaction from it than the high-end stuff. It’s more relevant, ”he said.